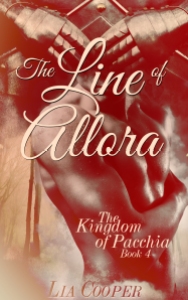 What’s Past is Prologue

A Brief Lecture on Inheritance in Pacchia

There is an expression amongst those nobles ready to reproduce in Pacchia: aim for an heir and a spare, but never a third, for that will assuredly breed contempt.

Forty years before Aubrey Allora of Wescott came to the throne, his father was born and named Crown Prince of the land, and his father’s younger brother—Ewan Allora, also an alpha—was named Duke Ewan Allora of Pacchia. And their youngest brother, the beta christened Brier, inherited a lesser title and a very small allotment of land on the edges of family’s holdings in southern Pacchia. Such was the fate of betas who were not in the line of succession. The High King of Pacchia, no matter how much he may have loved all of his sons equally, would never have allowed an inheritance which would in any way compromise the sanctity of House Allora’s holdings.

There is a tradition amongst the noble landholders to keep inheritance entirely entailed to one or two children at the most, with the strictest legal hinderers in place to keep younger children from breaking up the holdings following their parents’ deaths. In this way, the noble houses maintained as large of property as possible and allowed very few minor houses to spring up.

This practice was even more important for the house which had ruled over Pacchia those last several hundred years as unifier.

Thus it was Brier’s fate to find himself an occupation and fade into obscurity. Unless, of course, his brothers were to perish in some unfortunate series of events.

Fratricide was strictly forbidden in Pacchia, punishable by the harshest sanctions, least of all the seizure of lands and properties—both those inherited from the sibling as well as those originally entailed by the family. Therefore, if some scheming younger sibling truly wished to grab hold of more land, power, and titles, they had to do so in such a way that could not be traced back to them—not even a suspicion. Not an insurmountable feat, merely one that required careful planning and loyal allies.

And a trusting family.

A trusting family, somewhat surprisingly, was just what Lord Brier had. Or more precisely, two trusting brothers and a few very loyal friends: namely, a few other men like himself, third and fourth sons disgruntled by the fact that they were in line to inherit very little of their family’s vast wealth.

It should be no surprise that men of a feather would flock together, thinking that their combined efforts might allow them to scrabble out a larger chunk of the pie than they would otherwise be allotted. And there are some who still remember how charming Lord Brier was in his youth, before he arranged for his brother Ewan to be killed on the road between Allora and Wescott.

Ewan had been traveling that fateful to meet his intended, the eldest omega son of the Lord Wescott. But he never reached his destination, and it was his elder brother who won the heart of Sir James of Wescott in the end. And between his death and their marriage, Lord Brier became Duke Brier and discovered that now he had a taste for fratricide, it would not be enough to stop at Ewan, but go all the way.

The Duke’s only real mistake was the degree to which he misjudged the older Lord Riven many years later—this Lord Riven was not to be confused with his son Dierik who was only a teenager at the time. Indeed, it was Duke Brier’s greed which blinded him to Lord Riven’s true loyalties. And while he may have succeeded in wiping most of that once great family from the map, he was not able to move against Riven fast enough to keep his own plans regarding the seat of the High King away from his brother’s ear.

It is then no surprise that the late High King of Pacchia chose to sire only one child and in doing so, avoid any unpleasant arguments regarding succession.

And in this way, with his promise to the Honorable Winston, his son Aubrey sought to replicate his father’s tidy success.

2 thoughts on “Sneak Peak: The Line of Allora”